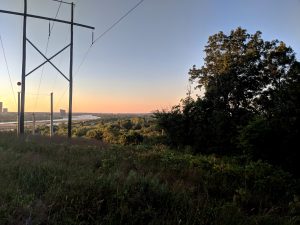 So… Week 7 of the training plan has come and gone.   Tuesday was a 12k trail run where we did our usual Snake / Pink trail out on Turkey Mountain.  Thursday was a M/E run with a 8K in the morning and an 8K in the evening.   Saturday was a 25K LSD which we ran the first 6 miles and then did a R/W of 7/1 (mostly).   Sunday was supposed to be a 25K as well but we need the vertical so we spent the morning going up and down on Carl over and over.

One thing I’m concerned about, at least in the heat of Oklahoma summers is I sweat faster than I process water.  I drink water and drink mix (currently Ultima sugar free) over the course of the run continuously but after 15 miles my need and ability to urinate ‘dries up’ to make a bad pun.   Today for example I drank 96+ ounces of water.  For those doing the math that’s a gallon and a half of water.  A gallon and a half…  And by mile 12 I had no desire/need/ability to urinate.   I didn’t pee until about 2 hours after the run.  During that time I consumed another 36oz of pedialyte and coke.   So 2 gallons of liquid consumed and during that time I urinated maybe 8 oz worth.

It’s normal for me to go on a long run during the summer and come back 4 to 8 lbs lighter in spite of drinking 6 to 12 lbs of water on run.   That means I’m literally sweating out up to 2 gallons of water on a hot run. 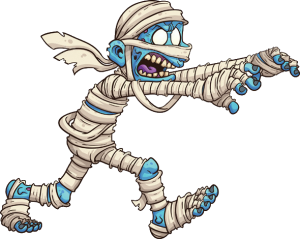 Over the distance I’m getting more and more dehydrated and there doesn’t seem to be anything I can do about it.   I drink enough that I end up with sloshy belly syndrome by the time I’m done but it just backlogs in the system and meanwhile my sweat glads are working their collective asses off trying to cool me down to the detriment of the machine.

Its kind of like having a 2″ hole in your radiator but you’re filling it from a 1″ hose.