Although it’s very much a cart before the horse, we’ve been forward looking at our next distance milestone, in this case the 100k.

We’re already signed up and travel plans made for our first 50K, Dead Horse Ultra and our first 50Mile, Rocky Raccoon 50.

It’s a shame too as I would so win the best ass award.

But Ultras are a little different than shorter races in that there are in most (all?) ultra’s there is a small fixed number of slots for runners.  And these can be as few as 40 slots to as high as 500 (that I’ve seen).   So a popular race tends to fill up fast.   We were looking at a very pretty race in the great lakes area and it had filled up like 2 weeks after they opened sign ups.   And it was 8 months before the race date.

Long story not very short we’re trying to plan our races out in the long view so we don’t miss a sign up for a race we really want because that means another year before we can try for it again.

There’s some key pieces I’m looking for in our first 62 mile race.  I don’t want multiple short laps for my first race of any distance.   I want to get my monies worth out of scenery and experience.

There also can’t be a bad amount of vertical because we have no way to consistently train for long verticals around here.   So less than 8K mandatory, less than 5k preferred.

Technical terrain is fine, I’m slow anyway so it doesn’t hurt my pride/pace to have to slow down to crawl up a vertical cliff face.

Scenery is important, there has to be something worth seeing at the race if I’m spending money on a plane ticket. 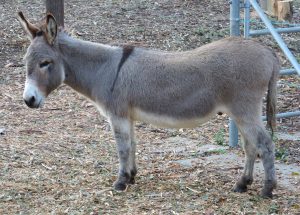 Time of year is critical.  I physically would have serious issues with a warm/hot race.  The Javelina Jundred seems like a party race for example but 12 hours in the sun in the desert in the heat would probably kill me.   It’s a shame too as I would so win the best ass award. 😉   I need something between September and March and preferably between November and February.  This is due in large part that I have dehydration problems with heat.   My water intake mechanics are not on par with my water outflow mechanics.  i.e. I sweat like a pig and my body doesn’t keep enough resources in reserve to process water fast enough.   This isn’t a performance concern, it’s a serious health concerns.

Soooo I’m painstakingly going through all the race calendars I can find and filtering them for 100k’s and then going through each one and documenting their laps/route types, their total vertical, the time of year and historical temperatures for the race, distance between aid stations.

Another key piece is tracking down race reports for the races and seeing what other people thought of them.  Were the aid stations good?   Was the route well marked?  Were there any surprises?  How was the bathroom situation? And was the race enjoyable, as much as one can enjoy pushing oneself to such ridiculous extremes.

My current rough initial list is.  All of these need further looking into but they made the initial cut just based on vertical and time of year and cut off times.  Where I could find any I added links to race reports/reviews.

ORegon
October early
6600 feet vert, 16 miles of sand running, 5 miles of road running
Out and back loops
17 hour cut off