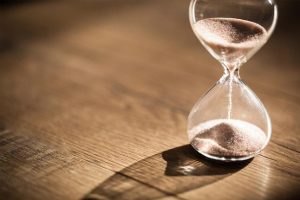 So…. I haven’t run since this last weekend.  That really long weekend three weeks ago tomorrow where I ran a 5K, 10K races followed by a 20K followed by a 15K (ish), a total of 28 miles I think for the day and did it in my race shoes (Escalante V1) kind of messed up my feet.  To the point where each foot strike is like landing on a bottle cap, with bare feet, with the jagged open side face up.  I ‘should’ have taken some time off but I decided to push through it and ran another 40 or 50k the following weekend.

So what ended up happening is to try to take some of the pressure off my forefoot I would claw my toes to take some of the impact.  This had the obvious in hindsight problem of stressing the tendons and muscles that control the toes.   Then to soften some of that I would shift to landing on my midfoot and side foot which stressed my arches.

To say it’s a giant flustercuck is a mild understatement.

Now I’m in the position of having to take time off.  In the last three weeks that we should be hitting our peak for our first 50K.   Obviously this is going to impact my abilities.  Hopefully not too badly.  Worst case I walk my first 50k.

I have the resources to medicate the pain to a dull roar, enough to let me run it.  But then that risks longer term damage and we have our first 50 mile in Feb.

Bottom line and I know you’re heard this before but until you go through it it doesn’t really ‘mean’ anything, regardless of the impetus to keep up with the training, the drive to not break your schedule, it will usually be in your best interests to take a short time off and recoup than push through serious pain and be forced to take a longer time off.

The trick is knowing which is which and when is when.

I’ve been running (moving faster than a walk) for the last 2.25 years.  Per SmashRun my average runs per week during this time is 4.2 days with an average of 4.5 miles.   Just shy of 2500 miles in 28 months.  With a total of about 8 missed run days, 6 of those during a 2 week injury from major ITBS problems.

That I’ve missed 3 runs over the last 2 weeks and will miss another 4 runs at least before I feel it’ll be safe to try again sucks major donkey balls.

My RW’s are helping, we’re doing strength training now and stationary biking this last week.  It’s all pretty much strength training for me, I’m having major issues getting my HR up above zone 1 before the difference in how you pedal a bike versus run a mile causes too much strain.   It was funny I set a cardio program on the bike with a target of 140 BPM.   My HR was around 80 5 minutes in and it really started cranking the resistance up as a result to the point where I was literally standing on the pedals to try an get them to go down and around.   I had to kill the program and do a manual one with a resistance of around level 4-5 out of 10 to find a setting I could sustain for half an hour.  Even there I hit a whopping 120 bpms before I hit that point where it felt like I was doing more harm than good to my quads.

If you taken nothing else away from this post, then just take the fact that sometimes a little break as much as it sucks, sucks far less than a long break.   So take the little break.