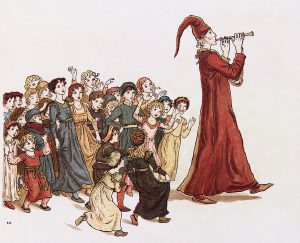 One of the things running through significant levels of pain in training can cause is over doing it.  For whatever reason it’s possible to have important pain points silenced or muted that under other circumstances would tell a runner to slow it down or come to a dead stop.

It might be pain killers or just one pain point that shouts down all the other pain points due to volume.

So to say I shambled the last 5k of our 40K day would be generous.

There have been a couple of times in the last 18 months give or take where I’ve hit that point.  Where one pain source was so loud everything else go lost in the background or even worse, one was so loud that I had to artificially lower the volume to keep moving forward which drops all the other pains to a dull whisper.

This last weekend we did the Tulsa Run, both the 5K and the 15K and immediately after we added another 20K of trail running.  The Tulsa Run is a street race.

Due to the damage I’ve inflicted on my feet about 4 weeks ago I required a ‘little’ help to keep moving for this run.   I felt and still do feel, the risk was worth the return as I really do not care to go into my first 50K being forced to take the 7 weeks preceding it off.

The payment to the Piper though is that the pain killers enabled me to really over do it.  I ran the 5k+15K at my half marathon race pace.  The follow up trail run, at least the first 3/4 of it was also at trail race pace.

Around the 35K mark for the day was when things shut down and shut down hard.  Literally every muscle below the knees started hard cramping at the same time.  Calves knotted into Hulk fists about to punch Thor in the face, shin muscles like steel bands.  Trying to lean into either one to stretch it out just made the other side madder and also triggered the hamstrings to knot up like an old gnarled tree that’s suffered a hundred years of ocean storms.

So to say I shambled the last 5k of our 40K day would be generous.

The pain medication on top of the pain of my feet made it impossible to really hear the rest of my body’s complaints.  As a result I pushed to and through that point of physical failure of the nerves that manage and maintain muscle contractions.  They start misfiring causing contractions when they shouldn’t and there’s literally not much one can do about it except haul back the reins sharply and grind things to a walk and give them a chance to recover.

It’s not a hydration thing or an electrolyte thing, it’s fatigue of the ‘wiring of the engine’ that isn’t used to it.  Too fast, too hard, too long for the current level of ability.

Part of that was also in no small part due to the forced break in training from my foot injuries, specifically a combination of metatarsalgia and Morton’s Neuroma that I’m currently suffering; both from over-training combined with using the wrong shoes for an ultra long run day.

So while I am obviously going to do a “giving advice that I don’t use myself” here, I would like to just reiterate that every bill does come due so if you spend foolish during a run and order the caviar and champagne then don’t be shocked if the next day you can only waddle around like a dad penguin trying to carry an egg on his feet.  If you happen to forget your long distance shoes, go back and get them.  The hour it might take to go home, change and come back isn’t worth the 3 weeks off you might have to suffer from running a marathon distance in 5K race shoes.

If you can’t hear all the parts of your body then maybe you need to stop and listen harder to the kids at the back of the room and ignore that loudmouth at the front.

Or… if you have your first 50K and 50M races coming up, maybe you do what you have to do, you put gag orders on the pain points and you can recover afterwards.

Ultimately the choice is yours.