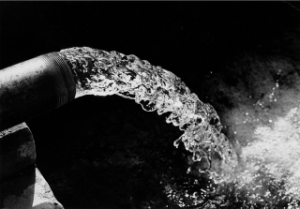 There are tons of articles online about stress and accumulation of stress and over stressing and over training.  That’s one of the reasons I’ve cut our Wednesday cruising run, is to try to reduce stress load.

The tricky thing is stress is very much a single bucket that is filled from all kinds of sources.  Those sources might be just an annoying drip in the night because you wake up 3 or 4 times or it might be a fire hose of impending job loss that threatens to wash you down the street.

Stress from your professional and personal relations and environments, stress from the daily commute, the volumes of bad things going on in the world, the 28 miles you ran over the weekend, insomnia, health issues, running conditions, hydration levels, weight changes; none it is singular and it all impacts our abilities to ‘do it’.

Whether it’s at work, play, in bed or on the trail, stress can and does have major impacts on our lives and potential.

Weekend 6 was a high volume week with 28 miles done on Saturday followed by Sunday and Monday being off days from running.

Yesterday was the first run after the long day with a 12K run scheduled dividing into a pyramid of 4K zone 2, 4K zone 4, 4K zone 2.   That was the plan anyway.

And it’s only going to get longer. That’s what she said…

When the plan met the dirt it kind of fell apart.   Bunny was at Zone 4 for the first part while I was in Zone 2.   For the Z4 stuff my push fell apart and I ended up hiking a fair bit of it instead.

I also wore my slightly too short Lone Peak 3.0 size 13’s.  They’re a quarter inch shorter than my Escalante Size 13’s.  FGS Altra the sizing ridiculousness is just… ridiculous.  They’re okay for shorter distances but the heat accelerated my foot swelling so by the end of it my toes were just touching the end of the shoes.  I guess I’m going to have to retire them permanently.

Intellectually I know this failure was in large part due to just accumulated stress from the weekend, that it was OMFG hot, but emotionally it still feels like a bit of a failure.

The loop we were on, the Snake aka Pink trail, at our nearby trail refuge of Turkey Mountain, where I’ve never seen a turkey but I’ve seen several bobcats, rabbits, snakes, frogs, a bazillion mosquitoes and spiders from hell, measures right around 3.5 miles, at least the route we take.   There’s a small loop on the way back to bring it up to 3.5 miles and as we were coming back the second time I was sorely tempted to bypass that loop and just be short but Bunny wouldn’t commit to doing it so as always “when it’s a run day you run”.

We still ended up about .33K short of our planned 12K distance but I deemed it good enough, the heat and W shape of the elevation was enough to make up that slight lack in distance.

Tomorrow is another double morning and evening run, just 8K each for a total of 16k.  “Just 8K”.

And it’s only going to get longer. That’s what she said…   At week 6 in a 18 week long plan, the long days and weeks are only getting started although we do have a 2 week taper so really it’s 16 weeks that we have to ‘worry’ about.