I’ve spent my free time over the weekend cleaning up the audio of my GoPro footage during our 30K trail run at Greenleaf.  It has multiple issues, a) with the protective case on the mic can’t pick up anything and b) the 3D printed handle I made has a rough surface as does my hands so there’s bursts of screetch noise when I spin it in my hand.

But it was my first time attempting to use a GoPro so you live and learn.

To fix problem a) I’ve gotten an external mic and put a hole in the side of a spare case to attach it.  This is a 360 degree mic and since it’s not in the case it works much better.  Also since it’s separated by a wind foam guard it shouldn’t pick up scratching from my skin on the selfie stick.   I designed the selfie stick so it’s hollow and has four holes in a circle around the top so sound can hit the mic from any angle.  And the cordage fits down inside the handle making for a tidier package. To fix problem b) I think I’ll probably coat the handle in Plasti-Dip as well to reduce friction noises.

Anyway I finally got all the titles, audio, etc’s I care to add to my first running ‘vlog’ and it’s rendering now.   About an hour to render an hour of full 1080p video on my current primary rig using a Ryzen 1700 8 core CPU. 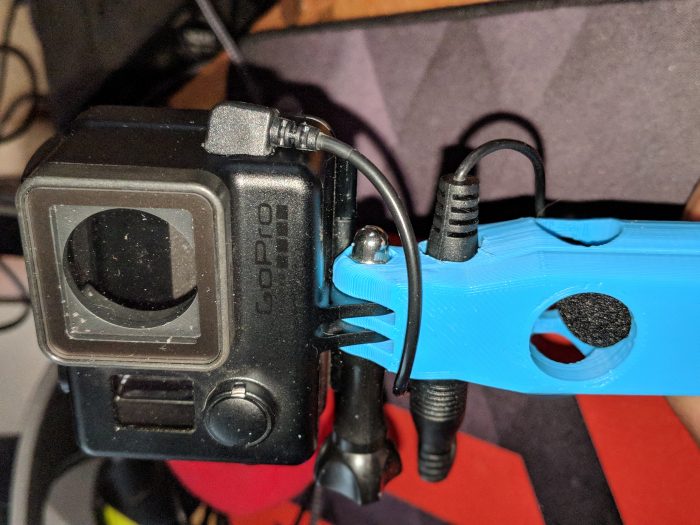